On the evening of July 15th, 2018, Mickey Clark, a Louisville folk legend, died of state four pancreatic cancer. He was 78 years old. Clark died on Sunday surrounded by friends and family. The prolific musician was diagnosed two years ago and played his last gig this past May.

In the two years between his diagnosis and death, Mickey Clark remained as involved and prolific as ever. He performed as many as four shows each week, singing and writing more throughout the process. His best-known song, ‘Cardinal Cannonball,’ was and continues to be a special favorite of the University of Louisville men’s basketball fans. The song debuted in 1983 and was later revamped after the team’s 1986 national championship. It has become the team and fan base’s unofficial anthem. 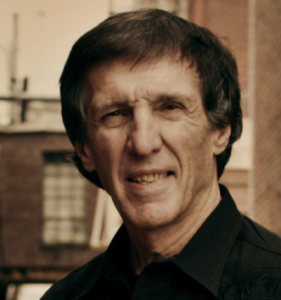 While Clark was an important hometown hero, he had a wide-reaching career on the national stage. He famously attracted the attention of Bob Dylan at a 1974 club gig. After the encounter, Dylan told Rolling Stone magazine that he wanted to sign Clark to a record label he was starting. This acknowledgement earned Mickey Clark a bit of folk clout, and he was able to work with the likes of John Prine, Townes Van Zandt, and Jerry Jeff Walk

Clark was educated at Purdue University, where he met Larry Foster and Ethan Kenning in 1962. The three formed the Village Singers and became regulars on the folk revival circuit, playing shows all over the country but paying special attention to Chicago and New York. After touring, Clark spent much of his career in Nashville concentrating on writing.

Mickey Clark took a 15-year hiatus from music, choosing to work in telecommunications. However, he returned to music in 2003, releasing “Winding Highways” and “Reasons & Rhymes.” A gifted musician and beloved member of the Louisville folk community, Clark will be missed.